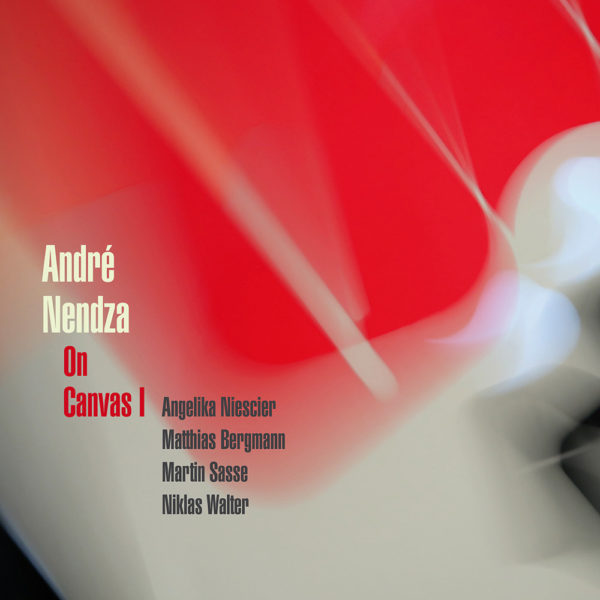 Just in time for the first lockdown, the newly formed André Nendza Quintet went into the studio last March to record a live album. It then became one of the first streaming concerts.
Joining the leader were the wonderful musical beings Angelika Niescier, Matthias Bergmann, Martin Sasse and Niklas Walter.

And the first press response to the album speaks for itself:

Music Newsletter
They still exist – the musicians who have unbridled fun with what they do, even in these pandemic-ridden times!… 10 out of 10 stars. Means: Fabulous album, belongs in EVERY collection, for the lonely island

Westzeit
Another bass-playing bandleader is ANDRÉ NENDZA, who brought one of Germany’s great sax voices on board for „On Canvas“ in Angelika Niescier. Together with the flugelhorn of Matthias Bergmann she fits perfectly into the stable p-b-dr foundation – again successful old-school jazz!

Cute & Dangerous
…While also based in modern jazz, the quintet places a lot of emphasis on tradition and musically wanders only slightly to the right and left. Despite the highest instrumental quality and sophisticated refinement, the album has a clear thread and one is surprised how quickly the album, despite its 70 minutes playing time, is over. An album for really every jazz fan!

NRW Jazz
The intensity on this recording is rooted in the live setting, but it was done under adverse conditions: The band had just played their first two sets and wanted many more to follow – then Corona sparked in between and there was no opportunity for any more live flow. A streaming concert helped channel the energy further, but at the same time became a surreal experience. In the end, Angelika Niescier, Matthias Bergmann, Martin Sasse and André Nendza went for the best imaginable: Namely, to record this new, fabulous CD.

Jazzthetik
The band’s unlikely frontline is formed by Angelika Niescier with quite biting alto saxophone and Matthias Bergmann on soft flugelhorn – an excitingly contrasting combo. Swingmaster Martin Sasse (p), André Nendza (b) and Niklas Walter (dr) provide the competent swinging rhythm section. The project was triggered by old jazz records from around 1960: „On these albums, avant-gardists of the time could seemingly effortlessly play together with old masters,“ explains Nendza. It is precisely this border-crossing style between „Old Thing“ and „New Thing“ that his Cologne quintet is trying to revive. It turned out to be great fun – not only for the jazz history freak.
Hans-Jürgen Schaal

Schall
That’s the freedom we mean: While you as a journalist are always busy with covetousness and pinched discussions about anything and everything, André Nendza on his new album „On Canvas I“ just plays the jazz, and slaps and blows open all the doors again. There is still a world worth living in outside the trenches…. And this wealth of experience then becomes unlimited, friendly and full of heart pumping music.