Jarry Singla truly is an exceptional artist in the international jazz scene. Together with his trio Eastern Flowers, the Indo-German pianist and composer is about to release a CD that perfectly matches his idea of musical multiculturalism.

Among all his releases “Mineralle“ is the album which shows the most prominent influence of Indian music – and there is a clear reason for that: Jarry´s highly renowned companions, the percussionist Ramesh Shotham and the double-bass player Christian Ramond, also have Indian roots. Shotham originates from the South-Indian Chennai (the former Madras) and has been living in Europe for many years. His participation in more than 150 recordings demonstrates his status as one of today´s most in demand jazz-percussionists. Eastern Flowers’ bassist Christian Ramond is of Indo-German origin as well. He has worked with jazz legends such as Albert Mangelsdorff, Kenny Wheeler and Lee Konitz. In Jarry Singla’s trio Christian Ramond not only shows his impressive calibre but also proves to be an enormously sensitive musician.

Mineralle is an album where the diversity of Indian musical cultures meets the sophistication of European harmony. In the dense and intuitive interplay the three jazz-virtuosos obviously follow their Indian roots, while at the same time leaving room for avantgardistic explorations.

Not less than four of the compositions, “Tavi Swaram“, “Jabi Tala“, “Thillana“ and “Mallari“, were inspired by a concert tour all over India, which had been organized by the Goethe Institute and took the trio to New Delhi, Chennai, Bangalore and Kolkata. During the tour Jarry Singla discovered recordings of the nadaswaram, an oboe-like instrument with a very powerful sound. This discovery led to the composition of “Tavi Swaram“, which is full of highly energetic percussion and in its second part shows influences of minimal music. The rhythms of “Jabi Tala“ were composed by Ramesh Shotham and are ornamented by subtle harmonies. “Thillana“ is an unconventional arrangement of a piece composed by the South-Indian violinist Lalgudi Jayaraman. And “Mallari“ was based on South-Indian temple music, whose repetitive melodic structure is presented in varying tempos.

For “Mineralle” Jarry Singla also re-arranged two of his older compositions, which had previously been recorded on his CD “Planetarium”. “Latin des Poules“ is now being extended by adding the South-Indian drum language Konakol. Ramesh´s rhythmical approach to the percussive syllables of the Konakol is as masterful as his treatment of the temple-drum tavil, which is featured on the album as well. “Blumenbein“ introduces the Indian harmonium, an instrument that Jarry has been using for several years now. The improvised introduction of the piece pays respect to the introductory passage of North Indian ragas, the so-called alap.

Amongst the most melodic recordings on the album are its title-tune “Mineralle“ and “Za Hory“. “Mineralle” was inspired by the exceptional chansons of the French vocalist André Minvielle, whom Jarry had met during a three-year stay in Mexico City. “Za Hory“, on the other hand, is inspired by old Ukrainian folk songs. The percussion has a “leathery” sound here, and its enormously vivid rhythms are imaginatively contrasted with well-tempered improvisations of the piano. “Le Mariage d’Orphelins“ is a composition which Jarry created during a longer stay in Berlin, the title also being inspired by Ukrainian folk music.

Another trademark of Jarry Singla is his use of prepared piano techniques, thus creating percussive sounds. “Okonana”, which was influenced by traditional Moroccan music, is a brilliant example. While Jarry modifies the strings by using rubber wedges, a tambourine and a cowbell, Christian Ramond takes care of the melodic part, and Ramesh Shotham proves how subtle his percussion-playing can sound. Three soulmates at their best – Eastern Flowers in full blossom.

As a composer Jarry Singla is absolutely open-minded, and his playing is characterized by a love for improvisation. Various of Jarry´s musical projects reflect his willingness to permanently extend his own musical perspectives. While having worked with the British saxophonist Julian Argüelles in his own group for a long time, Jarry currently also is a member of Borderland, the award-winning group of the Ukrainian singer Mariana Sadovska. In this ensemble the four musicians interpret ancient songs from the Ukrainian tradition in a contemporary and lively way. A very different musical universe is touched by „Lagash“, a chamber-music quartet which is led by the Iraquian composer and singer Saad Thamir. For Jarry, Lagash´s symbioses of Oriental and Western music are a constant source of inspiration and of new insights into other cultures.

This year, thanks to a scholarship of the German “Arts Foundation of North Rhine Westphalia”, Jarry Singla spent six months in Mumbai as an artist in residence. Besides composing new music, he immersed himself in the music scene of the Indian metropolis and collaborated intensely with three Indian musicians. Together with the magical tabla-player Vinayak Netke, who played for Nusrat Fateh Ali Khan, the classical vocalist Sanjeev Chimmalgi, who projects a spiritual aura, and the upcoming sitar-virtuoso Hindol Deb, who has a strong interest in crossover-projects, Jarry Singla worked on his new compositions. Finally they were joined by Christian Ramond and together with him had four highly acclaimed performances in Chennai, Mumbai, Pune and Kolkata. In November 2014 the Indian musicians will be invited to Germany by the Arts Foundation of North Rhine Westphalia for further concerts with Eastern Flowers.

During his stay in Mumbai Jarry Singla also travelled to the Arabian Emirates for a performance with Lagash at the “Sharjah Art Biennial”. And shortly after his return from India he participated in yet another residency in the Polish town Chorzow, this time collaborating with artists from France and Poland.

Jarry Singla is convinced that intercultural projects “only sound authentic if you work with musicians who actually originate from the respective cultures – otherwise the results are likely to become academic”. He has been very lucky to meet and to cooperate with the most diverse artists from all over the world. Jarry´s former teacher, the British pianist John Taylor, was an equally strong influence on him as the numerous encounters with musicians in New York and Mexico City, where he lived for several years. Musical “expeditions” to Cuba and India and countless collaborations in his hometown Cologne helped to broaden his horizons even more. Jarry´s open-mindedness and his curiosity for all kinds of music now led to the creation of an album that has an enormous depth. “Mineralle” is a musical miracle. It may not be easy to differenciate all the influences behind the music on this CD, but its floating magic grabs the listener right away. Jarry Singla and his trio Eastern Flowers manage to walk a tightrope between complex rhythms and sensual harmonies, their music is intuitive and intimate, and it radiates a constant desire to improvise. 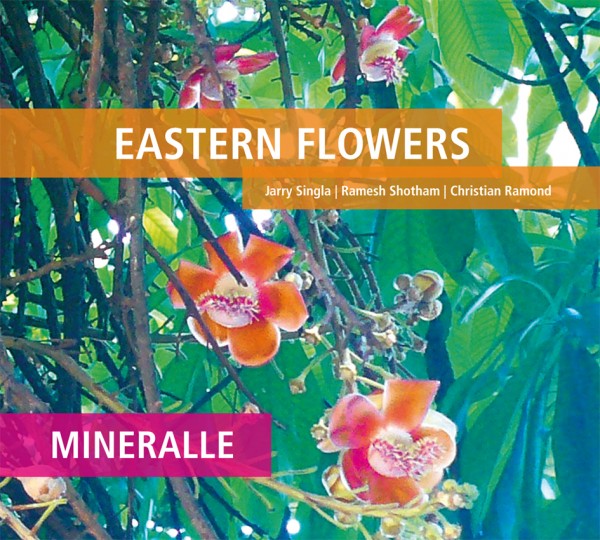 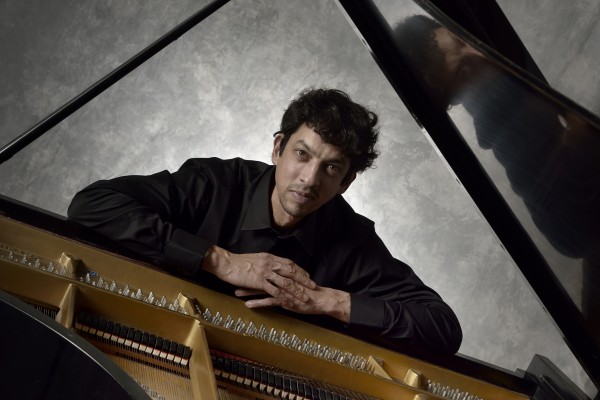 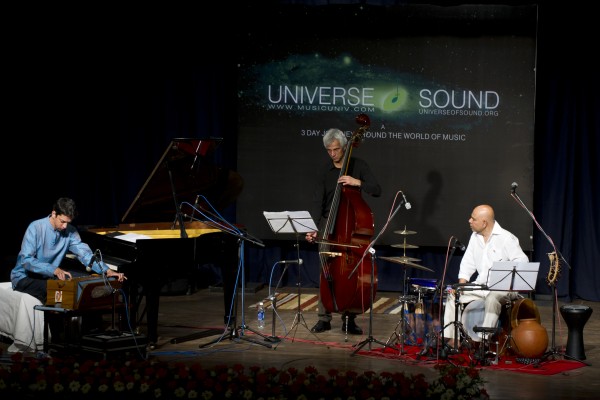 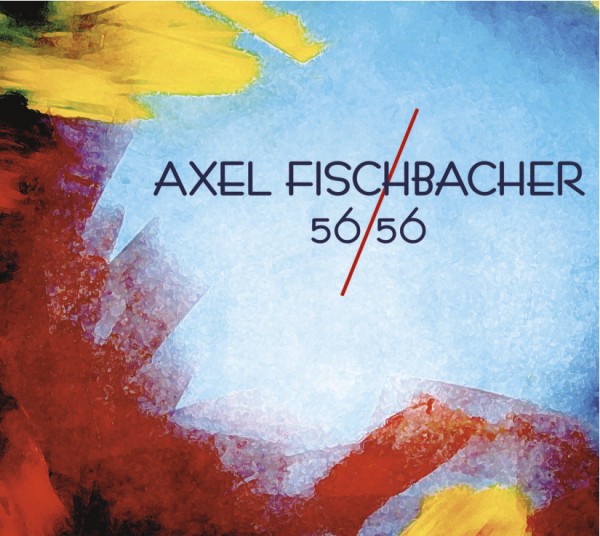